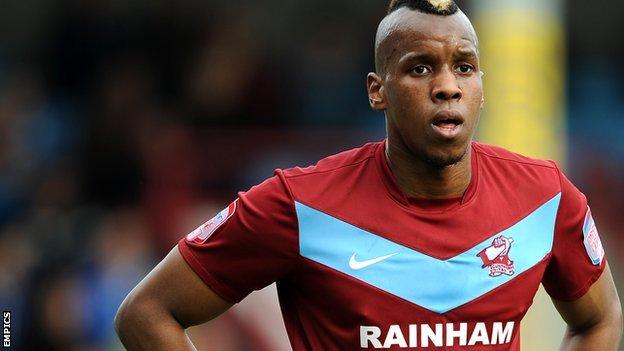 The 26-year-old played under Gulls boss Alan Knill at both Bury and Scunthorpe and has also turned out for Chester City and Iranian side Tarbiat Yazd.

Mozika, who was released by Scunthorpe at the end of last season, has been at the club for two months as he regained fitness after a hamstring injury.

"We want him on the pitch to see how he reacts. If it works, we'll look at a longer deal," said Knill.

Mozika could be in contention for a place in the squad for Tuesday's game at Burton Albion.

"We've had to monitor him and we've done quite a bit of stuff, so he now looks in decent shape, but as with everything, we don't know until he actually plays.

"He hasn't played a game as yet but he's looking stronger every day in training. Our concern was that he won't be match-fit but our physio has said he's done everything right, and just needs some game-time.

"Damien now has a chance to possibly be on the bench against Burton and we're all hopeful that he does well for us. When he's fit, there is no doubt he's a top player."