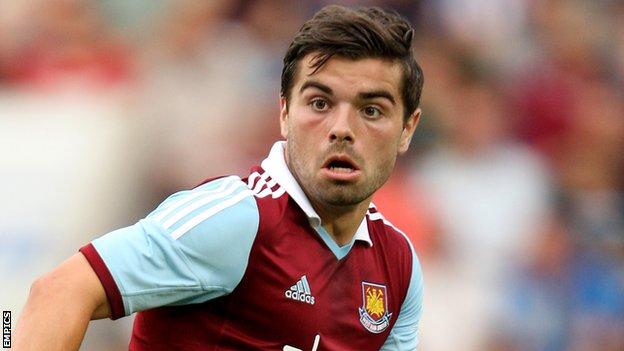 The 18-year-old has scored five times in six Premier League Under-21 games for the Hammers this season.

And he also made his first-team debut when he came on as a late substitute in the 1-0 defeat by Stoke City in August.

He is available for Tuesday's game at Shrewsbury and his loan period at the U's will run until the match against Preston on 23 November.