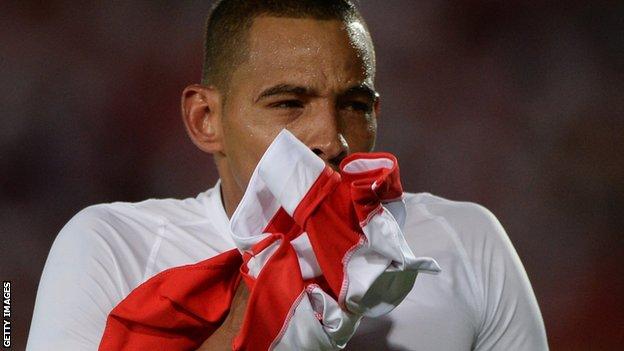 With hosts Boyaca Chico refusing to change their kit to resolve a colour clash, Bogota side Santa Fe played the first half in grey training tops with the squad numbers in tape at the back of the shirt.

However the players sweated the numbers off so they played the second half in unofficial £4 shirts after a staff member bought them from street vendors, adding names and numbers with a red marker pen.