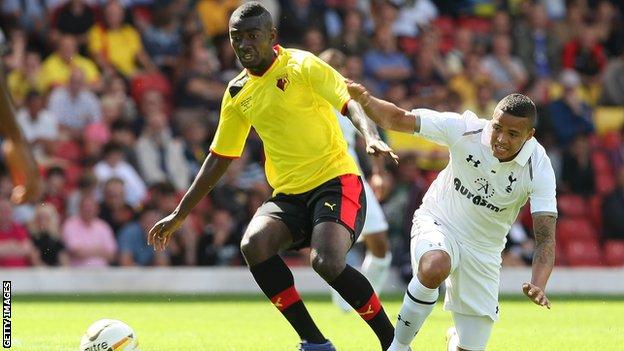 Ghana midfielder Prince Buaben has joined Carlisle United on a deal until the end of the season.

The 25-year-old was released by Watford in the summer after playing 33 times during an injury-hit two-season spell.

Previously he spent four years in the Scottish top flight with Dundee United.

"I haven't played since August 2012 and I'm so hungry to play football because I feel I have a lot to prove after being injured a lot at Watford," he told the club's official website.

"Basically I just want to be playing. This has been a tough year but I'm determined to forget it and I'm grateful to Carlisle for giving me a chance."