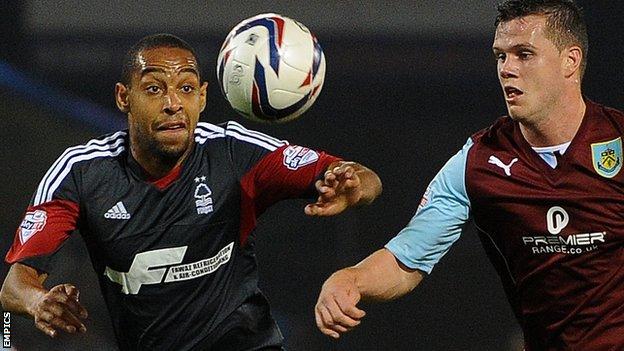 The 27-year-old former Southampton and Queens Park Rangers player has featured only three times for Forest this season.

He moved to the City Ground from QPR in March 2009 and has scored 34 goals in 122 league appearances for the Reds.

Blackstock could make his debut for Brian McDermott's side in Saturday's Yorkshire derby at Huddersfield.

Meanwhile, Lithuanian international defender Marius Zaliukas is set to sign a deal with Leeds on Friday until the end of the season.

The 29-year-old has been a free agent since leaving Hearts at the end of last season and recently turned down a deal with Rangers.