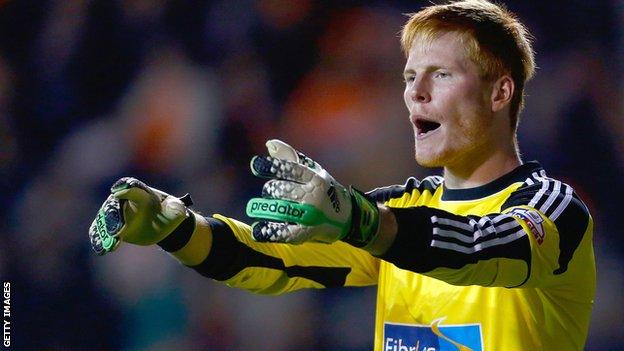 Bolton will be without goalkeeper Adam Bogdan for between three and six weeks after he damaged ligaments in his left knee in training on Monday.

"It is better news than we first feared," Wanderers manager Dougie Freedman told the club website.

Andy Lonergan is set to deputise for Hungary international Bogdan, 26, who has started every Championship game for Bolton this season.

The 20-year-old, who has appeared five times for Bolton this term, will remain at the Reebok Stadium until the summer of 2016.