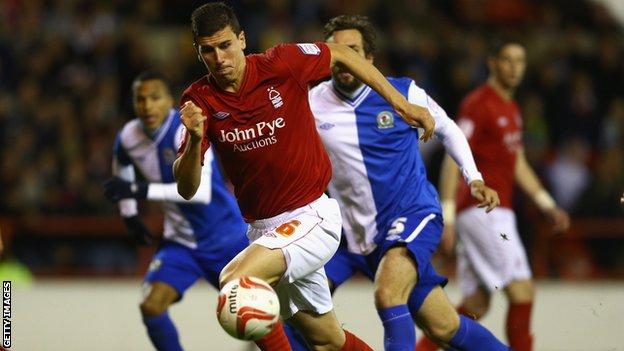 The 22-year-old spent the whole of last season but made just 12 Championship appearances.

He joined the Canaries from Liverpool for £800,000 in 2011 and prior to that made 28 league starts during loan spells with Hull City and Derby County.

Ayala becomes their first signing since and Mark Venus was made caretaker boss.

Boro will hope he can improve a defence whose only clean sheet this season came in a 1-0 win at Charlton in August.

The former Spain Under-21 international has amassed a total of 59 career appearances but has not played since January, turning out for Forest just once after Sean O'Driscoll was sacked as boss on Boxing Day 2012.