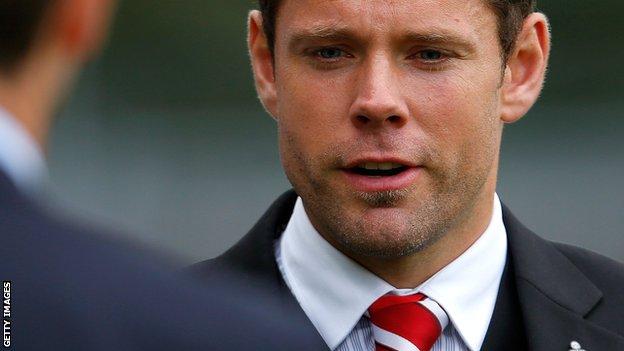 Manager James Beattie hopes Accrington have proved a point to their doubters after picking up their first league win of the season against Bristol Rovers.

Stanley remain bottom of League Two despite their

"I've never had any doubts," Beattie told BBC Radio Lancashire. "Other people have had their doubts and have been quick to share them with me.

"Fortunately, people that know football know what's going on here. It's not a quick fix, it's for the long term."

The former England striker, 35, has had a tough introduction to management at the Store First Stadium.

Accrington endured a run of eight successive defeats in all competitions during August and September, before a that has seen them lose just one of their last five league games.

Stanley fell behind after five minutes at the Store First Stadium but fought back with goals from James Gray and Kal Naismith.

Although delighted to pick up his first league win as a manager, Beattie says he will not get too carried away and is urging his players to maintain the principles they have shown in the opening weeks of the season.

"It feels good, but as I've said all along, I have faith in the squad," he added.

"We don't carry ourselves like we're a team at the bottom of the league. We played some great stuff and they deserve it. I'm really pleased for them."