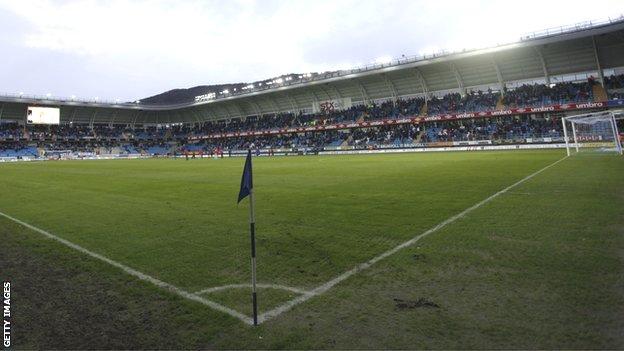 Scotland will play at the 11,800-capacity Aker Stadion, the home of Tippeligaen champions Molde.

The Norwegian Football Federation had earlier taken the decision to move the 19 November match out of Oslo.

Poor attendances at Ullevaal Stadium and the proximity to the Norwegian Cup final led to the switch.

The kick-off time for the match has yet to be confirmed by the Norwegian governing body.

Several venues had been considered for the match and the decision was taken at a meeting of the Norwegian federation's board.

In 2006, Rangers played at the Aker Stadion and came away with a 0-0 draw before winning the second leg of their Uefa Cup first-round tie 2-0.

Norway have slipped eight places in the world rankings to 46th after finishing their World Cup qualifying campaign with a 3-0 defeat in Slovenia and a 1-1 draw at home to Iceland.

Former Manchester United striker Ole Gunnar Solskjaer is the present coach of Molde, who are fifth in the Norwegian top flight.