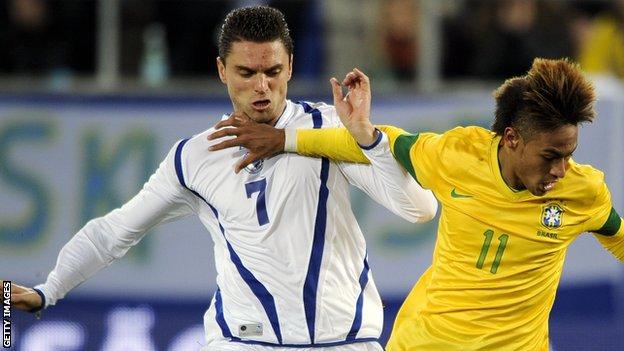 The 31-year-old has been training with the club for 10 days and will provide cover for the injured Steven Anderson.

And his arrival coincides with Frazer Wright receiving an extended suspension of three Premiership games.

Wright has been given an extra two-match ban for comments made to the fourth official following his red card in Saturday's defeat at St Mirren.

The defender's remarks were deemed sufficient for a second red card to be issued.

Jahic, who has 31 caps for World Cup-bound Bosnia, was released by Turkish club Karabukspor in the summer, having previously played for Sochaux, Željezničar, Las Palmas, Mérida, Aris Thessaloniki, AEK Athens and APOEL Nicosia.

Fellow centre-back Anderson is recovering from a dislocated thumb and is likely to be out until the turn of the year.