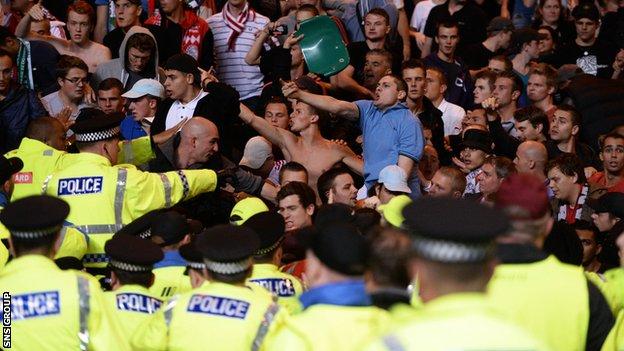 Dutch supporters clashed with stewards following Celtic's first goal in a 2-1 win for Neil Lennon's side.

There were also reports of visiting fans ripping up seats and throwing them into the home sections.

The case will be dealt with by Uefa's control and disciplinary body on 21 November.

A spokesman for the European governing body said on Wednesday: "Disciplinary proceedings have been opened against AFC Ajax for crowd disturbances and throwing of objects (article 16 of the UEFA Disciplinary Regulations) at last night's Uefa Champions League match in Glasgow against Celtic FC."

Police Scotland confirmed that no Dutch fans were arrested during the game.

Celtic travel to Amsterdam for their fourth Group H game on 6 November.