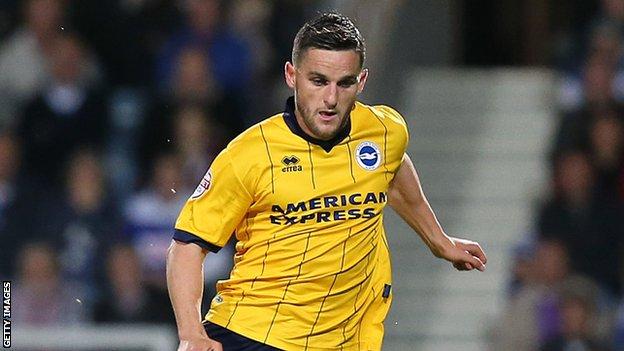 Brighton winger Craig Conway hopes he can establish himself in the first XI after making the third start of his loan spell against Yeovil.

The 28-year-old will now have a chance to stake his claim for a regular place after Kazenga LuaLua was ruled out for two months with a knee injury.

"Starts have been a bit few and far between in the last few weeks," Conway, on loan from Cardiff, told BBC Sussex.

"I want to play and that is the reason why I came here."

He added: "I am feeling good so hopefully I can kick on from here."

Scotland international Conway joined the Seagulls on a three-month deal from the Premier League side last month.

After moving to the south coast and the birth of his son Luca earlier this month, Conway feels he is ready to make an impact for the Championship club.

"I am settled into a house now," Conway said.

"Everybody wants to be settled and it is hard living out of a hotel and your family not being there. With a baby on the way it is pretty stressful.

"But that is football and you have got to get on with it. I have tried to adapt but I personally feel you need to be settled outside of football to train hard and be fully focused on it."