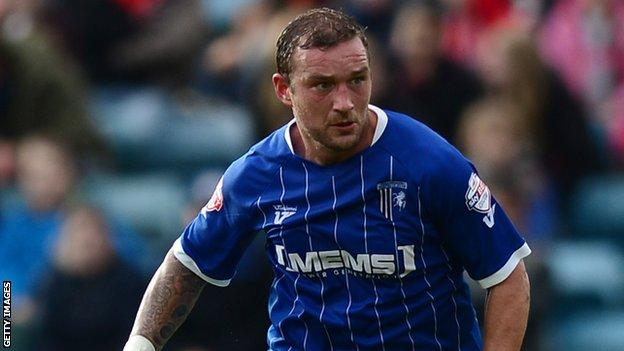 Taylor registered his first win since taking charge when the Gills beat Notts County 2-1 on Tuesday.

And 30-year-old Kedwell told BBC Radio Kent: "He's got the boys to be more calm on the ball.

"It is not 100 miles an hour as it was with Martin Allen, all guns blazing and running after everything. He is trying to get us to play more football."

He continued: "There were a couple of glimpses of that on Saturday and much more on Tuesday.

"We all know our jobs and what we want to do with the ball. It's not two or three jobs, like in the last couple of months.

"It will take time obviously but we played some great football against Notts County. He is going to get the best out of us, I think."

Taylor, who previously managed the Gills in 1999-2000, was brought in following Martin Allen's sacking earlier this month and had indicated he would like to be considered for the job on a permanent basis.

Kedwell says the former England Under-20 and Under-21 boss has also had an impact on his own performances.

The former AFC Wimbledon frontman has started and scored in both of Taylor's matches in charge, taking his tally to six goals this season.

"He has improved my game; to stay up front and save my legs rather than running around trying to chase everyone," Kedwell said.

"It has worked in the last two games. He has told me to stay in the middle and not go chasing."