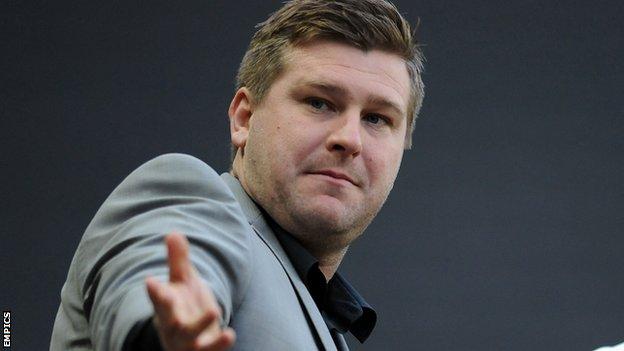 The League One side were with a number of first-team regulars unavailable.

And Robinson wants to increase his options by entering the loan market, with a defender the first priority.

"I think we need it immediately. I think [the players] know my thoughts and that we need to get somebody," he told BBC Three Counties Radio.

Goalkeeper David Martin, defender Antony Kay, midfielders Stephen Gleeson and Dele Alli, and forward Dean Bowditch all missed the game against the Cumbrians because of injuries.

Centre-half Shaun Williams was suspended, while attackers Jason Banton and Luke Chadwick had to be pressed into service despite being short of full fitness.

Although they beat Rotherham on Saturday, MK have lost three of their last four league games.

They travel to Tranmere this weekend and Robinson said: "We should have Stephen and Shauny and we're pushing for David to be back. Those three could be back for Saturday.

"You can't keep losing these players. It almost becomes a impossibility."