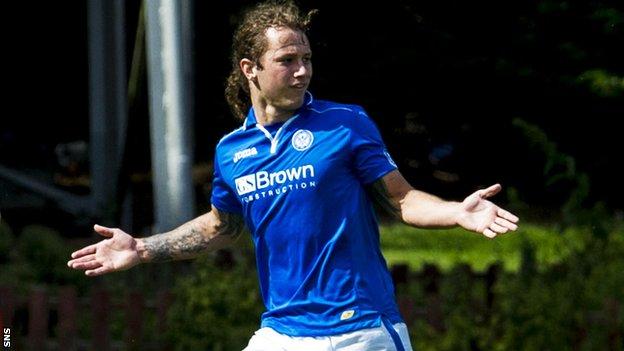 St Johnstone striker Stevie May has signed a one-year contract extension, tying him to the Perth club until 2015.

The 20-year-old is Saints' top scorer this season with seven goals and English Championship side Peterborough United failed in two transfer bids for him in August.

Saints manager Tommy Wright told the club's website: "We were always confident that the deal would be done.

We were always confident that the deal would be done.

"There were a number of finer details that had to be ironed out."

May's form earned him a Scotland Under 21 team call up and he netted his first goal at that level against Slovakia earlier this month.

The Perth-born forward has been delighted to get his chance at McDiarmid Park this season after spending the previous two seasons out on loan.