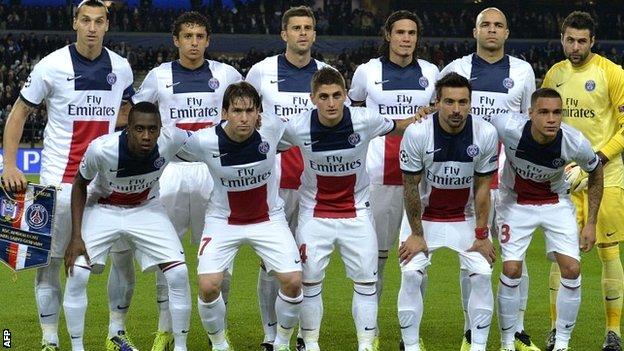 French clubs will go on strike in November in protest at plans to impose higher taxes on players' wages.

Jean-Pierre Louvel, president of professional clubs' union UCPF, said: "There will be a weekend without a game at the end of the month (November)."

The strike will affect matches in Ligue 1 and 2 - the top two divisions - from 29 November to 2 December.

Under the proposal, companies, rather than individuals, would be liable to pay the 75% tax rate for the part of employees' annual salaries that exceed 1million euros.

Paris St-Germain, who are backed by Qatar investors, will be the hardest hit by the tax.

Monaco, who are funded by Russian billionaire Dmitry Rybolovlev, will be exempt as they do not fall under French tax laws.

The concern among clubs is that the 'super tax' will deter footballers from playing for sides in France.

The issue will be debated in parliament, and French president Francois Hollande will meet representatives of the French clubs next week to discuss the issue.

Initial plans were for individuals earning more than 1million euros to pay the 75% rate, but the government changed the proposals after protests by top French executives and actors such as Gerard Depardieu.

Louvel added: "There is already a deficit in our sector and now they impose a new tax. Football has a role in society and that will be affected as a consequence of these new measures.

"This unprecedented day is an opportunity for the silent majority of French football to express their opposition."