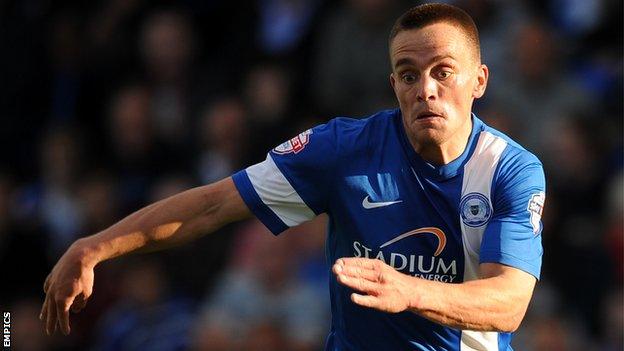 Ipswich Town manager Mick McCarthy has said striker Paul Taylor will return to the club at the end of his loan spell with former side Peterborough United.

Taylor, 26, has played six times for Posh in an attempt to regain fitness after a lay-off

The ex-Chester forward, who left for Ipswich in August 2012, will head back to Portman Road after two more games.

Taylor has yet to score this season, including the four games he played for Town at the start of the campaign, but McCarthy watched his outing for Posh when he played the full 90 minutes.

"He looked much fitter and sharper, with pace to run beyond people and down the sides," said McCarthy.

"He's had six or seven games - not played them all fully - but at 70 minutes, he was chasing back and winning tackles, which is better."