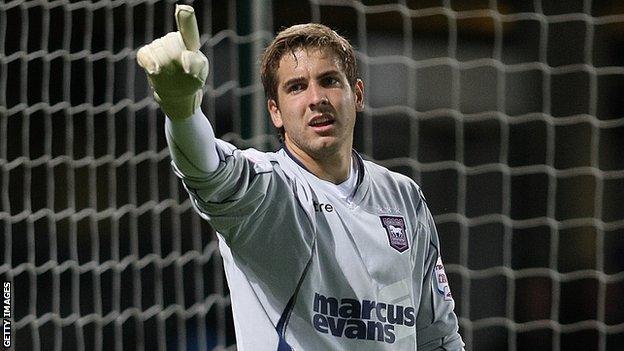 Lee-Barrett, 29, arrives as cover for Andy Lonergan, who will replace the against the Tractor Boys on Saturday.

But midfielder Liam Feeney has departed after being recalled from his loan spell by parent club Millwall.

and was due to stay for two more months, but the Lions have used the recall clause in his loan deal.

"I'm disappointed Liam is going back there so soon," Wanderers manager Dougie Freedman told BBC Radio Manchester. "He was doing so well for us.

"We've got Arran in on a good deal until January and then we can see where we are."

Bogdan damaged knee ligaments in training on Monday and is expected to be out of action for between three and six weeks.

Meanwhile, Bolton centre-back Cian Bolger has on loan for a month.