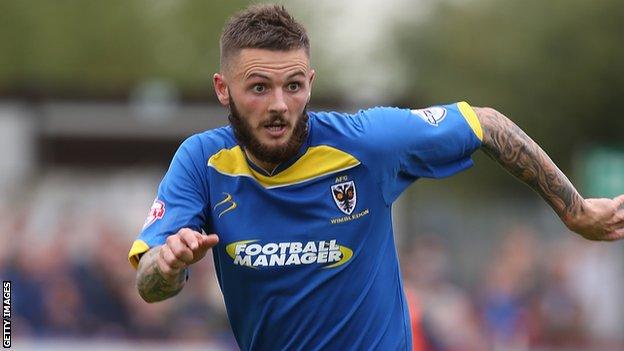 The Dons have not won in five games and have slipped from third to 15th.

He told BBC London 94.9: When you start the season well and the results are going the right way everyone assumes you have gelled already.

"Having had so many players that have come in and that are new to each other, [we are] still figuring out the team and the best XI."

The 24-year-old added: "I think it will be like that for a couple more weeks.

"We have been training hard to put things right and been working on our team shape and tactics. It will come together and we will be fine.

"We were right up there at first and we are now found ourselves in the bottom half. We could easily be back up there.

"I am almost certain we will be able to put things right, we can crack on again, get ourselves up the league and be looking in the right direction."

Kennedy is one of 11 new players who have moved to Kingsmeadow this summer, having joined on a free transfer after leaving Scunthorpe.

The former Swindon trainee has made 11 appearances in all competitions for the south west London side but says he has room for improvement.

"I am fairly happy in that I have been getting the game time that I want," he said.

"Performance-wise I know I can always improve. I feel I haven't been at my best yet but the start of the season was good as a team perspective.

"Now the results have gone a little bit shaky we need to get that back right and then we can start looking at personal and team performances."