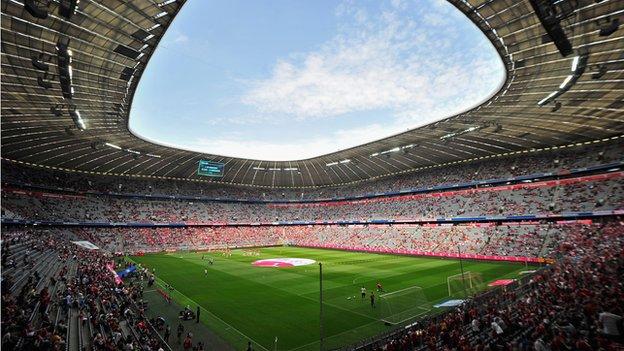 The German Football Association (DFB) have confirmed that they will be bidding to host Euro 2024.

Munich has already been put forward as one of the potential host cities for the Europe-wide tournament in 2020.

But the country that staged the 2006 World Cup now hopes to host the following competition outright.

"We fancy our chances because we have always made a good impressions when staging major events in the past," said DFB president Wolfgang Niersbach.

"Eighteen years after the magnificent 2006 World Cup, the time is ripe for another summer fairytale in Germany."

The bid is in its preliminary stage after only being agreed at a DFB board meeting in Nuremberg on Wednesday.

Germany last won the European Championships in 1996 when they beat Czech Republic at Wembley thanks to Oliver Bierhoff's golden goal.