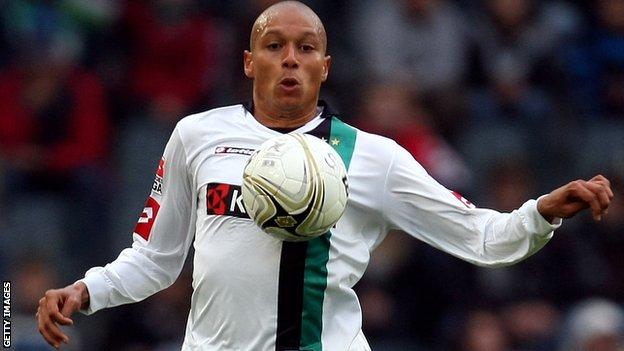 The 30-year-old most recently played for Danish side Silkeborg IF and Sweden's Syrianska since recovering from a career-threatening virus.

He played three senior games for the Gunners between 2000 and 2006 and 14 during a loan spell at Stoke.

"It's great to be here and I'm happy to have signed a short-term deal," the Dane told the Wycombe website.

"I've been out for a long time with a virus, but I'm back and healthy."

"I'm ready to play games, my match fitness is not 100%, but that's improving. Training is good and tough and once I get my chance I will be alright."

Chairboys boss Gareth Ainsworth added: "It's a short-term contract, but Sebastian wanted to come and get himself back into the game after a bit of a lay-off with a condition."

The deal is subject to international clearance.