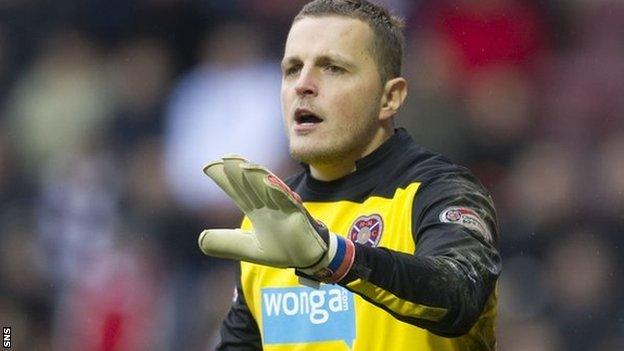 The Slovakia international, 31, played at Tynecastle between 2008 and 2012 and has since had spells at Romanian side Astra Giurgiu as well as Wolves.

Chris Dilo and on-loan Swansea keeper David Cornell have kept goal for the Buddies so far this season.

Kello became a free agent after leaving Wolves in March and could feature in St Mirren's visit to Dundee United, subject to international clearance.

The Paisley side travel to Tannadice off the back of two straight Scottish Premiership wins.