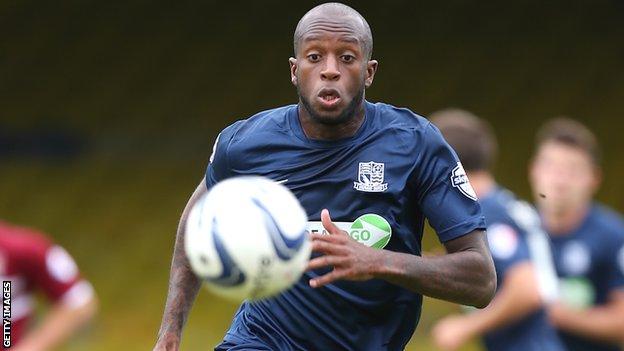 Three players were sent off as Southend moved up to eighth in League Two with victory over Mansfield Town.

Alan Marriott's own goal and Hurst's long-range shot sealed the win, while the Stags were reduced to nine men when Lee Beevers was shown a second yellow.

The victory moves the hosts level on points with the play-off places, while the Stags drop to 12th.

"I've named the team on Wednesday and I've worked hard towards tactically being aware of what Mansfield could throw at us.

"Low and behold the [traffic delays on the] M25 has cost me two positions, and I had to make two forced changes.

"But we kept the same system. The two guys that affected the game more than most in the first half were Kevan Hurst and Anthony Straker.

"Instead of it being a combative game, it was a technical game and we came out on top in that department."