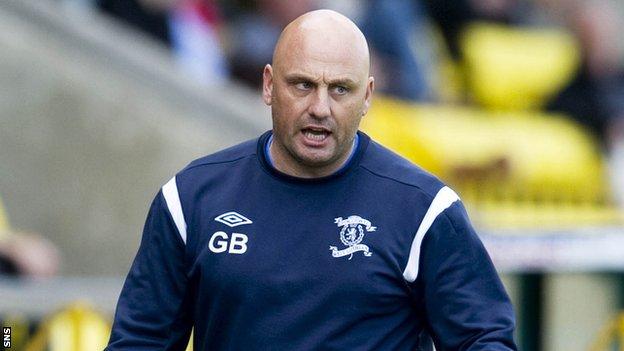 Gary Bollan has been appointed as the new manager of Airdrieonians.

The 40-year-old former Rangers and Dundee United full-back won back-to-back titles at Livingston before being sacked in February 2012.

He will officially take over after Saturday's League One game against Ayr United.

Bollan replaces Jimmy Boyle who was sacked last weekend, with the Diamonds bottom of the division, following just two victories in 10 matches.

Chairman Jim Ballantyne told the club website: "The board agreed a list of priorities and objectives and after a lot of research it was clear that Gary Bollan was the preferred candidate.

"We met up to discuss the position and from then on there was no doubt in my mind.

"It has been a tough 15 months for everybody at the club as well as the fans but today we strive to move forward."