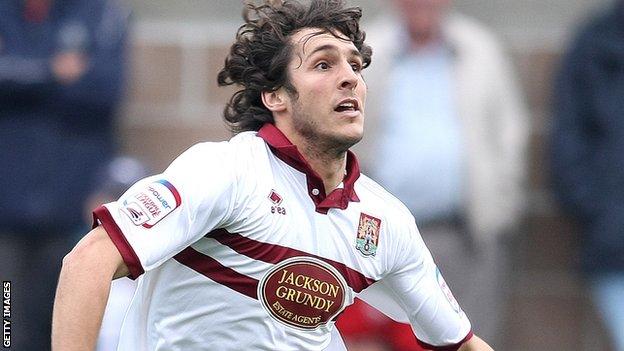 The 28-year-old striker is the first Spaniard to sign for the Steelmen.

He is set to make his debut in Saturday's home Welsh Premier League clash with Bangor City subject to international clearance.

"It's a very exciting signing for the club and the Welsh Premier League." said Port Talbot chief executive Andrew Edwards.

"We're absolutely delighted to have brought a player of Guillem Bauza's calibre to Port Talbot Town."

Bauza played 49 times for Swansea City between 2007 and 2010 scoring nine goals after being brought to the club by then manager Roberto Martinez on a free transfer from Espanyol.

He scored five goals in four games to help the Swans secure promotion and the League One crown at the end of the 2007-2008 season.

The former Spanish youth international's most recent club was Exeter City but he has also had spells with Hereford United and Northampton Town.