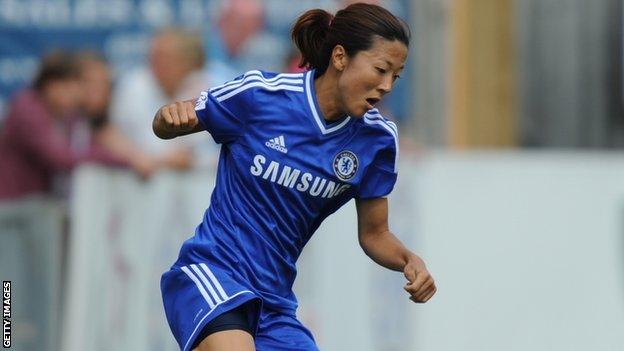 Chelsea Ladies' Yuki Ogimi is the only British-based player on the shortlist for the Fifa's women's world player of the year award.

The 26-year-old joined Chelsea in July from German side FFC Turbine Potsdam.

The striker helped Japan win the World Cup in 2011 and followed it up with a silver medal at London 2012.

Arsenal Ladies coach Shelley Kerr and Scotland's Swedish boss Anna Signeul have been nominated for the world coach of the year.

Candidates for both awards were chosen by a panel from the Fifa women's committee and France Football magazine.

A further shortlist of three candidates from each of the awards for men and women will be announced in early December.

The men's and women's winners will be announced on 13 January at the Fifa Ballon d'Or event in Zurich.

Full list of women's world player of the year nominations: