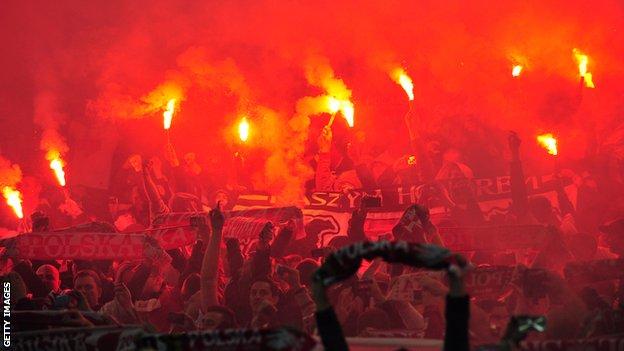 Fifa has started disciplinary proceedings against the English and Polish football associations after flares were lit during October's World Cup qualifier at Wembley.

Supporters in the Poland section were photographed holding lit flares, while one also landed on the pitch.

Thirty-five Poles and one England fan were arrested after the match, with police holding 16 people for possessing or using flares.

Victory guaranteed Roy Hodgson's side a place at next year's World Cup, which runs from 12 June to 13 July in Brazil.