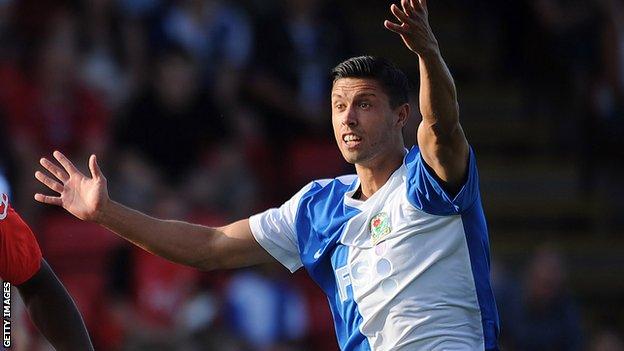 Blackburn Rovers midfielder Jason Lowe has signed a new contract that will keep him at Ewood Park until 2017.

Lowe has started every league game for Blackburn this season and has made 94 appearances in total since his first-team debut in January 2011.

"I love playing here. To extend my stay again is another step in the right direction," he told the club website.

"I have worked hard to improve all aspects of my game and I feel my performances this season reflect that. I will keep pushing myself to get better and to help get results for the team."

Gary Bowyer's Rovers are 11th in the Championship and face Lancashire rivals Blackpool at Bloomfield Road on Saturday.