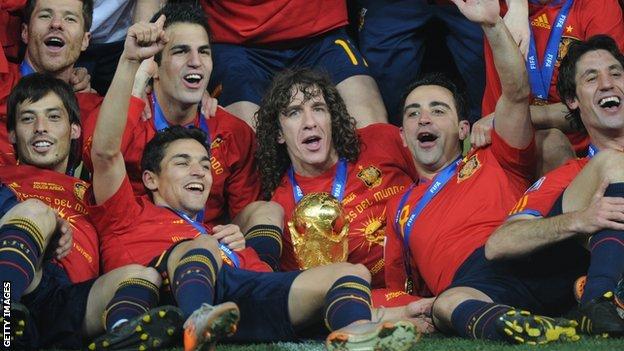 South Africa will play World and European champions Spain in a friendly in Johannesburg on 19 November.

"It is a dream come true for many fans to once again see the likes of Iniesta and Xavi in action," said Jordaan.

"And at Soccer City, the venue where they made history by lifting their first World Cup trophy."

He added: "It is the new Safa executive's mission to make Bafana Bafana world-beaters again and we have lined up top-class sides to play our men's senior national team.

"We could not have asked for a better start of this campaign than with the game against the reigning World Cup champions.

"This is going to be a block-buster of a game."

The Spanish Football Federation said it was excited to return to the city and venue where they won the 2010 World Cup through an Andres Iniesta goal.

"We wish to demonstrate our gratitude for the wonderful hospitality of the South African sports authorities and the support of the country's football fans during the 2010 South Africa World Cup," said Spanish Football Association President, Mr Angel Maria Villar Llona.