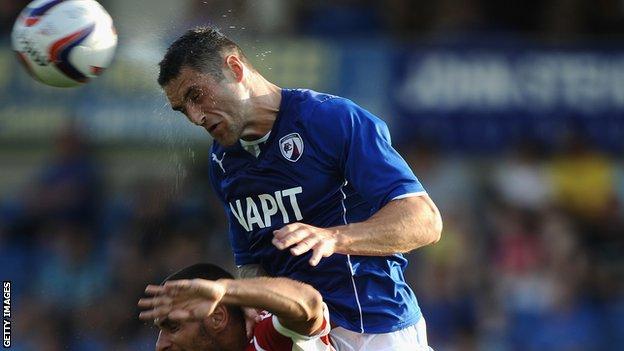 Southport have signed defender Matt Brown on loan from Chesterfield.

The 23-year-old joined the Spireites from non-league outfit Marine in July but has yet to appear for the side currently second in League Two.

Brown is available to play for the Sandgrounders in their FA Cup fourth qualifying round tie against Marske United on Saturday.

Alan Wright's side will be favourites to progress against a team from the ninth tier of English football.