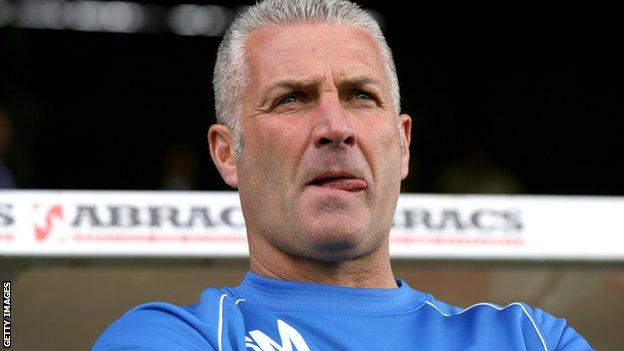 Gateshead manager Gary Mills believes a run in this year's FA Cup would give the club some much needed exposure.

They now sit only two points off the Conference Premier play-offs but their average attendance remains just 704.

The last time Gateshead reached the FA Cup third round was in 1955 when they played Tottenham, who had now legendary midfielder Danny Blanchflower playing his first season for the club.

"I want TV cameras down here or a tie with a big club because something like that could give us the necessary boost," he told BBC Newcastle.

"It's a reward that the chairman deserves after what he has put in and could begin to get some excitement going for anyone with a connection to the club."

Gateshead have not reached the FA Cup third round since 1955 when they were beaten by Tottenham Hotspur.

The closest they have come since then was in 2011 when on-loan goalkeeper Jak Alnwick was twice punished after dropping a ball from a corner as they went down 2-1 to Tamworth.

"It is a glamour opportunity and everyone is entitled to dream," Mills added.

"I came here to get this club into the Football League but when I did that at York it was on the back of an excellent cup run - it's a nice break."