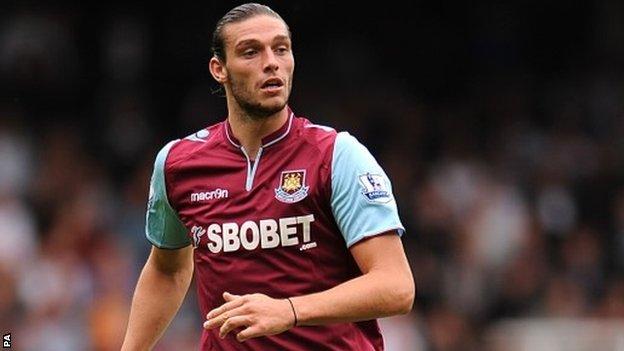 Sam Allardyce says West Ham striker Andy Carroll could be back training within a fortnight.

The 24-year-old has yet to feature for the Hammers this season because of a heel injury, which has required treatment both in Europe and the USA.

"We hope he'll be back with us in the next two to three weeks," said the West Ham manager.

"Hopefully that would be a shout that he could start full training when he does come back."

Allardyce added: "He is frustrated of course and is desperate to be playing football again. It's what he loves doing most. I will only be too pleased to get him back in the squad."

The England international, who picked up the injury during the final game of last season, started 22 Premier League games for the Hammers during the 2012-13 campaign, while on loan from Liverpool, scoring seven times.

He sealed a £15m permanent move from the Reds during the summer.