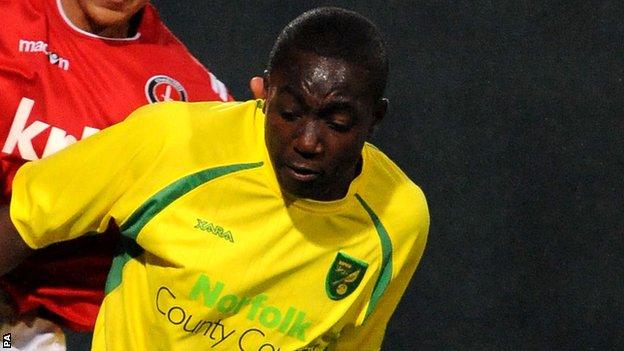 The 19-year-old has scored three times in eight appearances for Norwich Under-21s this season, to follow on from 13 goals in 30 games last year.

"He's young, he's hungry and he's coming here for the opportunity to get first team experience."

The teenager has signed in time to be eligible for Coventry's trip to Walsall in League One on Saturday.

"He's the kind of player that would fit well into our system," added Pressley.

"He's also coming from a club that promotes a similar approach to style of play, so I'm looking forward to seeing what he can bring to the current squad."