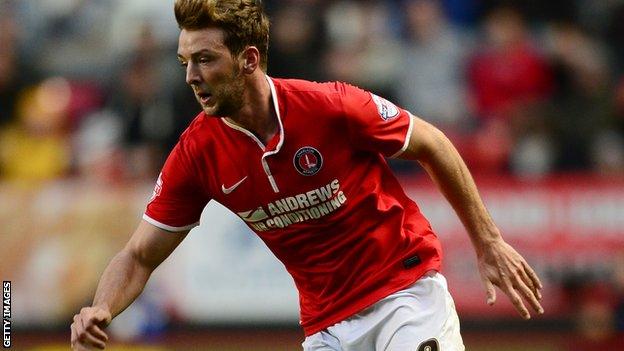 Dale Stephens scored the only goal as Charlton extended their unbeaten run in the Championship to five games.

Charlton keeper Ben Hamer denied Birmingham striker Lee Novak in the only real action of the first half with his low save from a powerful effort.

Charlton have kept four consecutive clean sheets, with Andy Reid's opener for Nottingham Forest in the 1-1 draw at the Valley on 1 October the last goal they conceded

Stephens scored the winner after the break when he fired into an open goal at close range after Bradley Pritchard nudged the ball his way.

Their dismal run leaves them in the Championship relegation zone while the win for Charlton, who scored just their 10th league goal of the season, lifts them clear of the bottom three.

Birmingham struggled to break down Charlton's resolute defence in the early stages before Hamer's save from Novak.

Stephens squandered a chance before the break when his tame effort was easily saved by Birmingham goalkeeper Darren Randolph.

But he made no mistake after the break when Randolph parried a Cameron Stewart effort before Pritchard set up the match-winner in the 57th minute.

"No-one is happy with the position we are in at the moment in the bottom three. I would like to think that it will not last long because we have too many good players in the side.

"We are all devastated with the result especially after some good performances in our recent games. We thought we had turned the corner but we simply didn't perform on the day against Charlton. Our decision making was very poor."

"I'm really pleased with the performance of the players. It was a crucial game but we warranted the three points. If you keep out the opposition you will get your chances. My only gripe was that it was only 1-0 and I felt 2-0 or 3-0 would have been right. All the players are doing their job and they fully deserved their win.

"I've given the players confidence to go out and play. They have given each other confidence and a platform and some are playing really well."