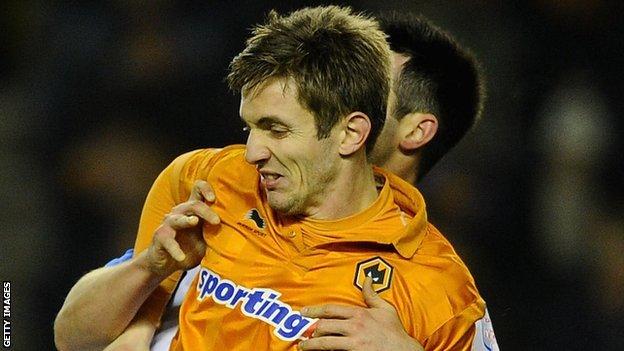 Kevin Doyle made an instant impact on his return to Wolves' line-up with a goal against Stevenage.

His early strike from four yards, doubled by James Henry in the second half, saw Wolves claim their 11th win in 13 league games.

Stevenage refused to give in after the setback but were frustrated by a string of saves by Carl Ikeme.

The attacking visitors could just not find a breakthrough despite having a Luke Jones effort cleared off the line.

"In the first half we played a little bit in awe of the crowd, the situation and the environment, which I'm furious about because I think the lads are better than that.

"I think we produced more clear-cut chances than they did over the 90 minutes, and on a different day we could have got something from the game.

"I was disappointed with both goals. I think from a defensive point of view we are so much better than to concede goals like that.

"The players showed what they were capable of. They played with assurance and organisation, they played on the front foot and played with quality."