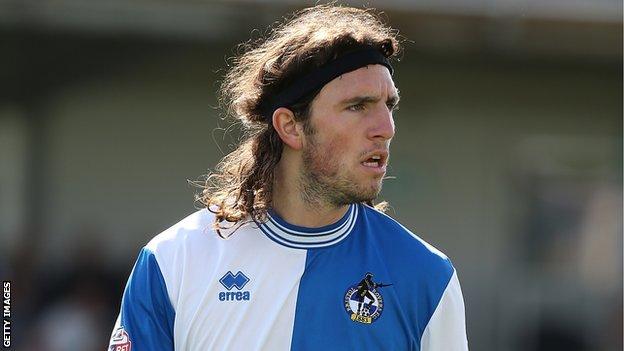 The U's were top of the table before the game, while Rovers were 21st and had failed to win in their last nine.

But it was the Pirates who took all three points thanks to O'Toole's second-half penalty, awarded after Jake Wright felled Eliot Richards.

Striker James Constable had two clear opportunities to score for the hosts, but both headers went wide.

The result means Oxford slip to second in the table, while John Ward's side move up one place.

"I'm delighted and I am really pleased for the players and the supporters.

"We have actually played as well as that in one or two games we haven't won and we just stayed in there.

"There are fine margins in games. We've had some go against us and today we have had a victory with a good performance.

"I'm pleased for the supporters because they've followed us and stuck with us. I'm pleased with my young players to so it's a good day for Bristol Rovers which hasn't surprised me because I think it's been coming."