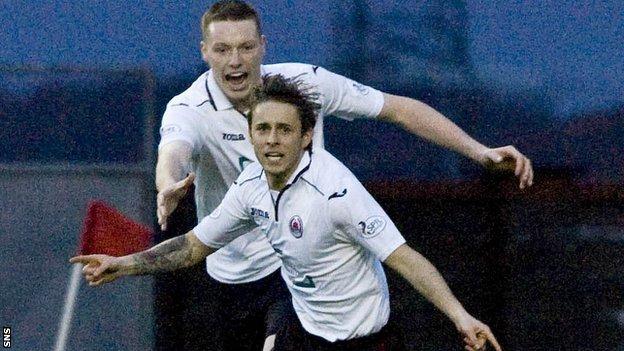 Kevin Watt scored the winner as Clyde came from behind to beat Highland League side Brora Rangers in the third round of the Scottish Cup.

The visitors broke the deadlock in the third minute when Zander Sutherland's low drive flew past Jamie Barclay.

But Brora's lead was quickly cancelled out as Stefan McCluskey netted.

And Clyde got the winner five minutes later when Watt fired in from six yards before John Sweeney hit the post as the hosts chased a third.