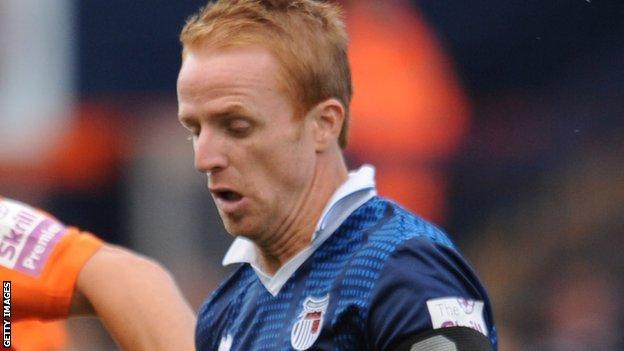 The visitors got off to a flying start when Ross Hannah headed home Scott Kerr's corner inside the first 30 seconds of the match.

The Cards drew level just before the half-hour mark when Kevin Betsy steered home from the edge of the box.

Woking debutant Charles Banya was denied by a fine save from goalkeeper James McKeown before Disley struck from the edge of the box in injury time.

Grimsby move up to fourth in the Conference Premier table while Woking are 21st, three points from safety.

"There was nothing between the two sides and I think when you see them sitting in the top four and us in the bottom four, it was a very close game.

"Again we gave ourselves a handicap in the first thirty seconds of the game.

"I thought we showed great character and we got back in the game very well and we deserved the equaliser. We looked like the team who wanted to win the game and we got caught out late on.

"You are judged getting goals and and getting results and things are not going for us at the moment. But I think anybody who witnessed today's game would say we were very unlucky."

"It is always nice to get three points in that fashion so late on.

"It wasn't a classic game by any stretch but the performance was dogged rather than sparking. There were good bits of play but Woking looked like they might hit us on the break.

"I heard the words smash and grab used but I don't see it as that at all.

"We had a chance and took it. It wasn't backs to the wall all afternoon - far from it."