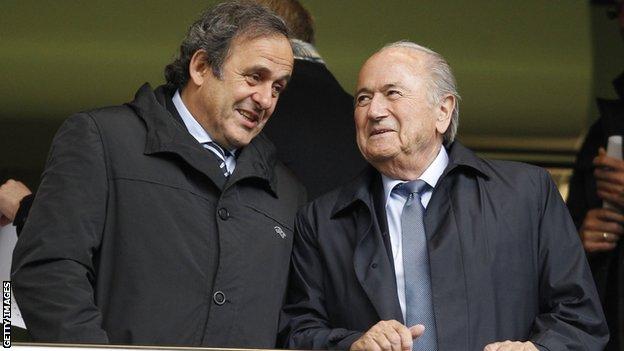 The 58-year-old has proposed the move after Fifa president Sepp Blatter suggested more countries from Africa and Asia should qualify at the expense of those from Europe.

"Instead of taking away some European [nations], we have to go to 40 teams in the World Cup," Platini told The Times.

"We can add two African, two Asiatic, two American and one from Europe. I support this idea totally."

Europe has 13 slots in the current set-up, while Africa has five and Asia four plus a play-off place.

The move could come in for the 2018 tournament in Russia and, according to the former French international, would mean the competition being extended by three days.

"Football is changing and now we have 209 associations," said Platini, who is expected to challenge Blatter for the Fifa presidency in 2015.

"There are more countries so why reduce? Forty is not so bad.

"You have three days more of competition and you make more people happy."