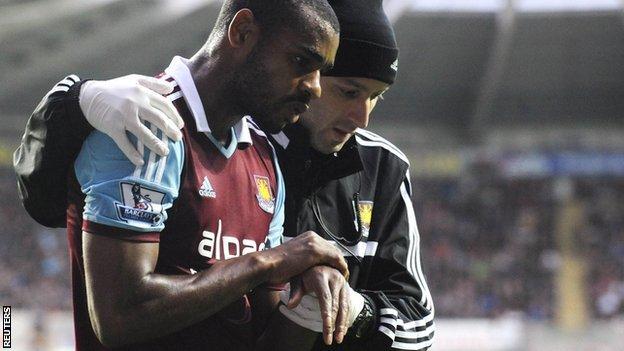 The club have not put a timescale on his recovery but the 27-year-old suffered a similar injury last season and was out for almost three months.

The Hammers already have fellow striker Andy Carroll out with a foot injury.

Carlton Cole replaced Vaz Te at Swansea and, after re-signing for the club earlier this month, he could start at Burnley in the League Cup on Tuesday.

"I'm chuffed to get back and to be involved in it again," Cole told the West Ham website.

"Any footballer will tell you that have to work hard and the manager has noticed that I was working hard and has given me a new deal.

"Hopefully, I can push on from here and add to the team and play a significant role."