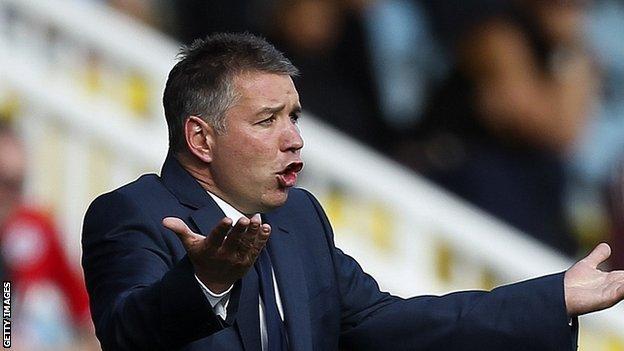 Manager Darren Ferguson has confirmed Peterborough will not appeal against the red card shown to Lee Tomlin in Saturday's 1-0 defeat at Colchester.

The result saw Posh drop out of the automatic promotion places.

Tomlin's 54th-minute dismissal, his sixth in as many seasons, means he will miss Saturday's match against league leaders Leyton Orient.

The forward saw red on the advice of the assistant referee after tangling with U's midfielder Craig Eastmond.

Ferguson said with Orient being next up at London Road represented a great opportunity for his players.

"I'm sure Orient will come and have a go, but no-one at the club is too down-hearted. In fact I've told my players I was proud of them, the way they had a go after going down to ten men, it just wasn't our day."

And he said Colchester's celebrations at the final whistle was a compliment.

"The scenes I've just seen from them after the game, it reminds me of the day we got promoted, and that tells me something - [playing Peterborough] is a cup final for other teams and we have to deal with it.

"I'm sure we will. You're going to lose games of football and it's all about the response."