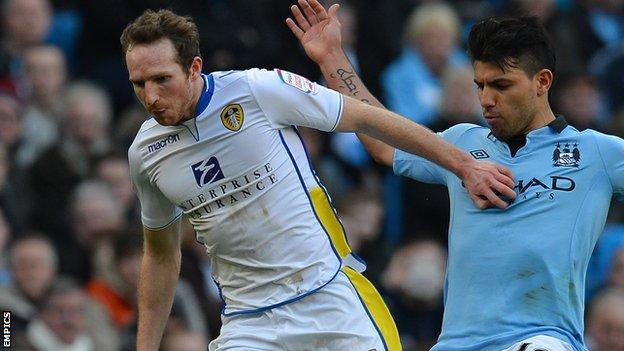 The 22-year-old has made just three appearances for Brian McDermott's side so far this season.

He is new Sheffield United boss Nigel Clough's first signing and could make his debut at Shrewsbury on Saturday.

"I'm delighted because they're a massive club with a great opportunity to move forward," he told BBC Radio Sheffield.

"I knew last week that Nigel wanted to sign me and I made up my mind straightaway that I wanted to come here.

"Hopefully I'll get to play a lot of games because I've not played as much as I'd have liked to at Leeds."