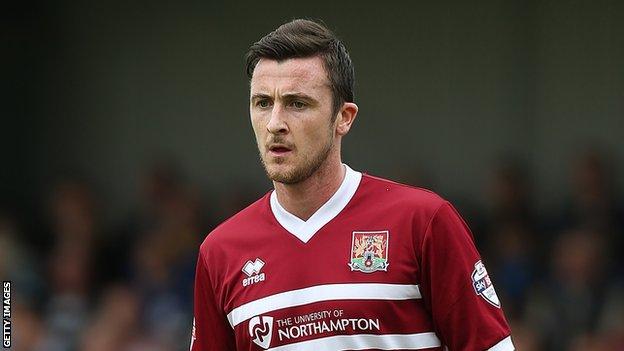 Northampton Town striker Roy O'Donovan is likely to be out for a month after undergoing surgery on a hernia problem.

The 28-year-old, who has also been struggling with an ankle injury, has two goals from 12 games this season.

Manager Aidy Boothroyd said: "Roy should've been fit for the start of the season and from our medical contacts outside the club, we thought he was.

"Matt Heath and Clive Platt were always [likely to be fit] for FA Cup week - they're progressing nicely," said Boothroyd.

"I don't want to put any pressure on Kelvin, Alex or any of them that are injured.

"We got a bit of wrong information on Lewis - it's just a misalignment [in his back] and we'll put that right.

"It doesn't rain, it pours. These are the things I have to deal with - adversity makes people better at what they do."

The Cobblers are currently lying 23rd in League Two.