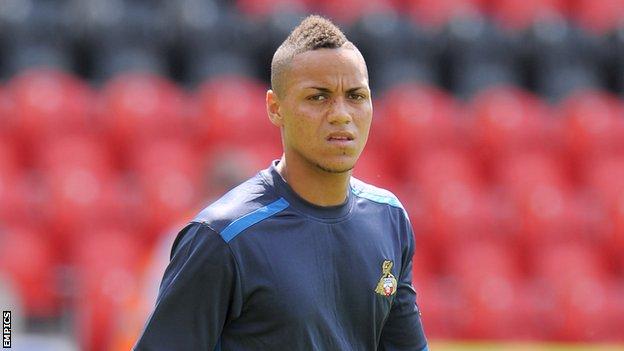 Kyle Bennett says the chance to work with Crawley Town boss Richie Barker again was a big factor in him joining the League One club on loan.

The 23-year-old Doncaster winger previously played under Barker at Bury.

Bennett told BBC Sussex: "I know the gaffer and I want to help him. It was probably the main reason coming here.

"I had a few different loan clubs come in for me but this one stuck out for me with the style of play, some lads I knew and the gaffer."

Bennett joined the Reds on Friday on an initial one-month deal and made his debut in the 2-0 defeat at Stevenage on Saturday.

He signed a new two-year contract with Rovers this summer but has only made two appearances for the Championship side this season.

The former Wolves trainee hopes a run of games during his spell in West Sussex will get him back into contention for Doncaster.

"The manager said I could go out on loan and then he changed his mind and said I was going to play there," Bennett said.

"I think he needed a defender in, and getting me out was the catalyst to that.

"I get on well with him - really well - and I think he rates me as a player. It is just to get some games.

"I am a Doncaster Rovers player and at the end of the day that is my club and where I want to be playing football."