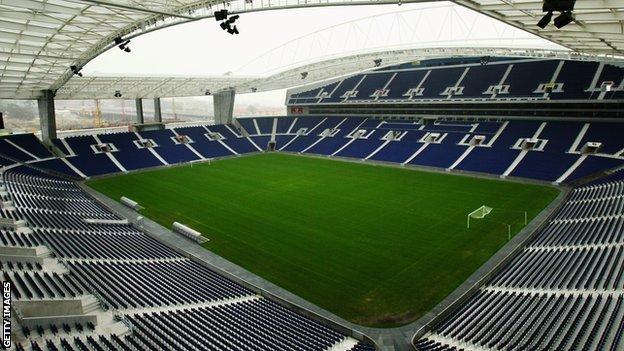 Forty-eight people were injured after violent clashes between supporters before Sunday's Portuguese top-flight game between Porto and Sporting Lisbon.

About 100 fans were involved in the trouble outside of Porto's Dragao stadium and were taken to a police station before being released.

"In a very cohesive and organised way, a group provoked the violence and forced their entry near the stadium's gate 25," police said in a statement.

Television footage showed the problems started when the group, mostly dressed in black and not wearing any club colours, arrived outside the stadium and began goading Porto fans.

The two groups began fighting and police, using batons, intervened to diffuse the situation. Some people had to be treated in hospital but there were no reports of serious injuries.

"The individuals who caused the violence were intercepted inside the stadium, after which they were taken to the police department in order to be identified and to inquire about the circumstances in which they committed those actions," police added.

Goals from Josue, Danilo and Lucho Gonzalez allowed Porto to extend their lead over second-placed Sporting at the top of the Primeira Liga to five points.