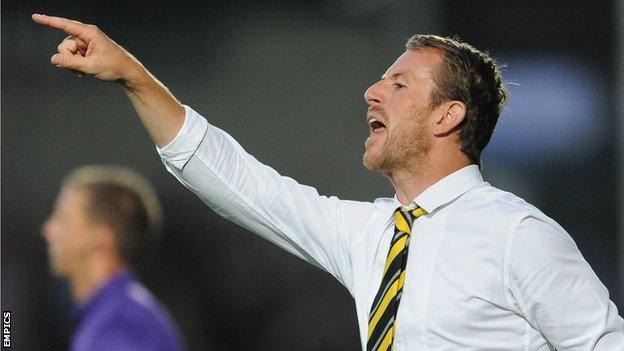 The Brewers boss said Saturday's win at Exeter, to deny the Grecians top spot, was typical of his side's attitude.

"We seem to like playing the top teams. In a way I'd hoped we would stay around nine or 10, so we might play a few of them," Rowett told BBC Radio Derby.

"If we now start creeping up the table we will be playing teams below us, so work that out."

Burton moved to sixth in the table with their fifth win of the season on the road, equalling last season's tally of victories away from the Pirelli Stadium.

And for the first time since returning to the Football League in 2009-10, the Brewers kept their third successive clean sheet.

"We can be really pleased with three clean sheets on the spin," Rowett said.

"Look at things last season, we conceded 65 goals and Gillingham only had 39. That is the difference between good teams and half-decent teams."