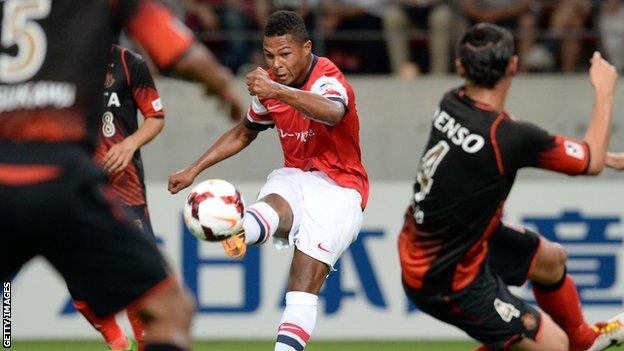 The 18-year-old made his first Premier League start against Stoke in September and scored his first top-flight goal against Swansea in the same month.

"We signed Serge Gnabry because I believe that he will be a great player," Gunners boss Arsene Wenger told the club's website.

"He's nearly there now, and competes for a regular place in the team."

Gnabry came on as an early substitute for Mathieu Flamini against Crystal Palace last Saturday and a foul on him earned Arsenal a penalty and the opening goal in a 2-0 win.