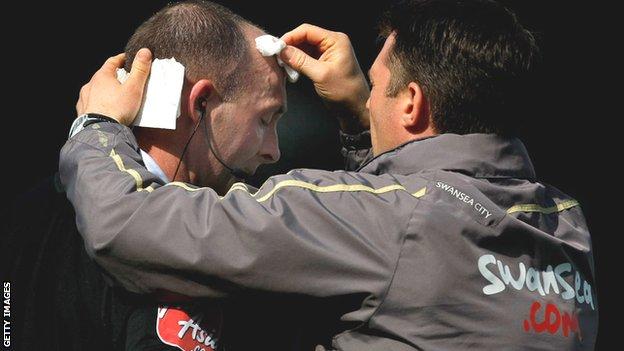 Referee Mike Dean will take charge of the derby match between Cardiff City and Swansea City on Sunday, 3 November.

He also awarded the late penalty with which Ross McCormack earned a draw for the Bluebirds.

Sunday's match at the Cardiff City Stadium is the first time the clubs have played each other in English football's top division.

The teams have met four times in the Championship since the drawn match in April 2009, with each winning twice before Swansea's promotion to the Premier League in 2011.

A man from Pontypridd was banned for three years and fined £200 after being convicted of throwing the coin.

Cardiff City escaped punishment, with then-chairman Peter Ridsdale condemning the actions of the person responsible for throwing the coin.