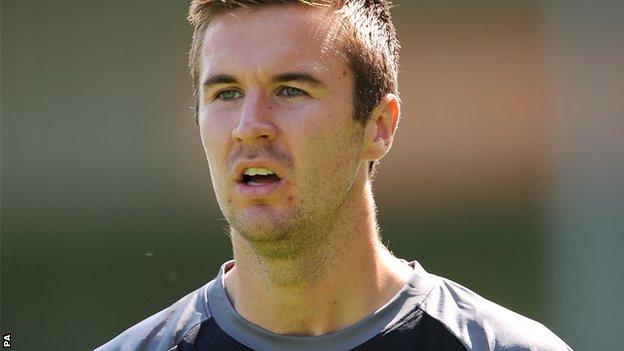 Hereford manager Martin Foyle says he is glad to have midfielder Josh O'Keefe back from a two-month injury lay-off.

and marked his comeback by scoring a 90th-minute winner in Saturday's FA Cup fourth qualifying round clash with Hornchurch.

"It's no coincidence the goals have dried up since Josh got injured," Foyle told BBC Hereford & Worcester.

"He runs beyond the striker and into the box - we've really missed that."

He ended the season in fine form, hitting nine goals in his last 15 appearances.

"He gives us something different. We haven't had anyone with the legs to do what he does," Foyle added.

"The rest of our midfield stay the safe side because it takes a brave man to make the runs into the box that Josh does."