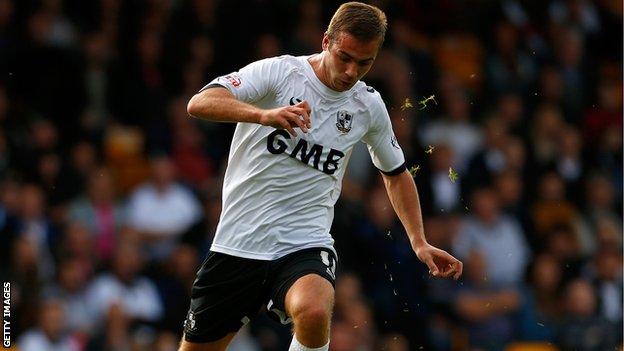 Port Vale boss Micky Adams has praised Tom Pope's response to being dropped from the first XI against Gillingham.

The striker was introduced at half-time on Saturday and

Prior to the weekend, Pope failed to hit the net in his previous six games.

"I thought I'd alleviate some of the pressure on Tom by leaving him out and it worked. I'm so pleased for him to get his goal because he really deserved it," Adams told BBC Radio Stoke.

But he has struggled this term, netting four times in 14 league matches.

"People will make a great deal of him being dropped but since I came back to the Vale [in 2011], he's been a regular," Adams continued.

"I think I have picked him every game and he carries an awful lot of the hopes and aspirations of the supporters.

"That's particularly the case in home games so I just wanted to give him a break."